6 Adaptogenic mushrooms and their health benefits 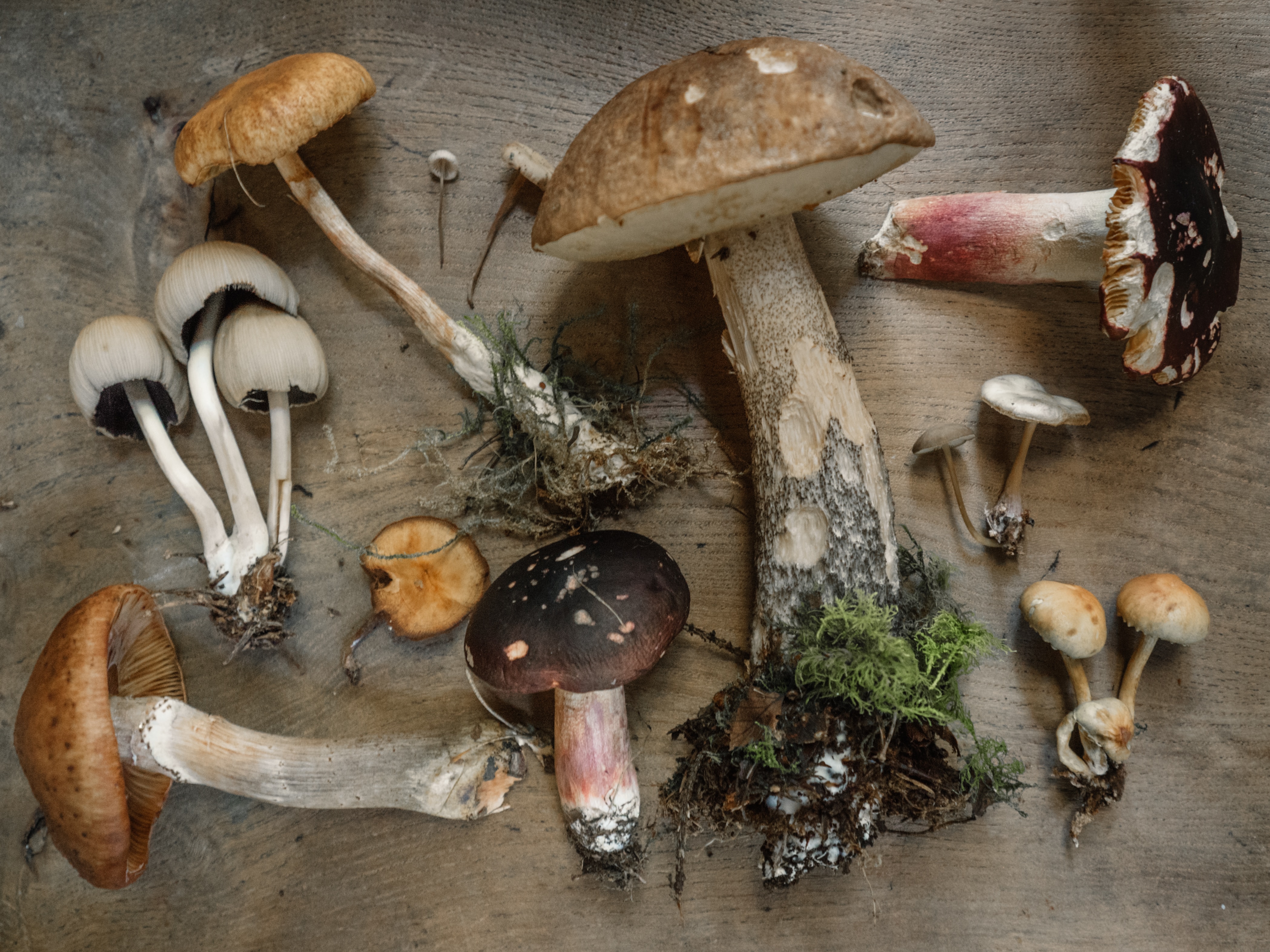 Mushrooms are magic–but no, not the psychedelic kind. Mushrooms have been used in ancient Chinese medicine as well as in Ayurvedic practices originating in India to cure ailments and to offer health benefits and nutrients that are more effective or accessible than any other food.
These magical fungi are known as adaptogenic mushrooms and they can have health benefits such as improved brain function, energy, balance hormones and improve the immune system.

To preface, adaptogenic mushrooms are not meant to be cure-alls. Always consult your physician before introducing a new supplement to your diet and lifestyle!

Chaga is an antioxidant-rich adaptogenic mushroom that’s effective in aiding your body in reducing inflammation and defends against free radicals by regulating the immune system. Research has shown that Chaga may also lower blood sugar, reduce blood pressure, alleviate arthritis, and even prevent or slow the progression of cancer–particularly in the liver, lung, and the brain.

Use it for: immune health, relieving stress and anxiety, improved sleep
Reishi is one of the most commonly used adaptogenic mushrooms because of its benefits to overall wellness. It works to boost the immune system, relieves stress and anxiety, helps one feel more balanced and get deeper sleep.

Use it for: increased energy, improved stamina, immune health
Cordyceps will give your pre-workout formula a run for its money. This adaptogenic mushroom works to support your adrenal glands and helps your body produce and maintain consistent energy levels.

Cordyceps increase the production of adenosine triphosphate (ATP), which increases cellular oxygen absorption. Overall, it improves the flow of oxygen throughout the body, especially during exercise.

On the topic of energy, cordyceps have been used in Eastern medicine to reduce fatigue, boost strength and sex drive. The antioxidant-rich mushroom fights cell damage by neutralizing free radicals that contribute to aging.

Ashwagandha has been used in many applications in herbal medicine and is native to India, the middle east and parts of Africa. It’s also known as Indian ginseng. This magical mushroom has been shown to help regulate cortisol levels and function of the nervous system, so it proves useful in easing stress and anxiety. Furthermore, it helps support cognitive function as well as supporting healthy sleep patterns and deeper sleep.

Use it for: immune health, antioxidants, anti-aging, heart, and liver health.

Shiitake mushrooms are rich in B vitamins, vitamin D and zinc. This nutritious ‘shroom has even more to offer. There are three main compounds in shiitake that help lower cholesterol: eritadenine, sterols, and beta-glucans. Studies have shown that it may reverse age-related decline in immune function. The improved effect on immune function from shiitake can be attributed due to one of the polysaccharides in them.

Use it for: cognitive and brain health, reducing anxiety and depressive symptoms.

Lion’s Mane has shown to improve immune function and is beneficial in treating anxiety and depression. Studies indicated that after consuming lion’s mane, mice displayed fewer depressive behaviors.
It may be possible that lion’s mane can also have positive effects on cognitive health. One study reported that lion’s mane was effective in improving mild cognitive impairment. In addition, compounds found in lion’s mane stimulate the production of NGF (Nerve Growth Factor), a bioprotein that plays a critical role in the maintenance, health, and regeneration of neurons in the brain. A low amount of NGF is usually associated with Alzheimer’s and other degenerative brain diseases like dementia. Lion’s Mane helps improve memory, boosts creativity, helps with concentration and improves mental clarity.

Use it for: immune health, cellular regeneration, digestive health
Talk about an immune-boosting powerhouse. Turkey Tail is equipped with strong antiviral and antimicrobial properties which makes it effective in preventing and treating the common cold or the flu. Packed with antioxidants, it can help inhibit or reduce damage caused by oxidative stress which can cause inflammation or cellular damage. Oxidative stress is linked to an increased risk of developing health conditions such as certain cancers and heart disease.

Studies have shown that turkey tail boosts immune function in cancer patients undergoing chemotherapy. However, continued research still needs to be conducted. Turkey tail also contains prebiotics, offering gut-healing benefits that nourish the good bacteria in the microbiome. This can result in smoother digestion. Who doesn’t want that?

As with all health-related information, usage and effects may vary from person to person. Experts recommend consulting with your physician before taking any kind of supplements. The compounds of mushrooms may react adversely with prescription medications or pre-existing health conditions.

It’s also good to note that adaptogenic mushrooms need to be consumed consistently in mild to moderate doses (depending on potency) to see any effects. So if you think you’ll get a jolt of energy from drinking one dose of cordyceps, think again. Some people have recorded that they felt the effects after a few days to a week of daily intake with the recommended dosage.

If you’re weird about mushrooms, you’re not alone. The flavor of these adaptogenic mushrooms can be offensive to many palettes, especially on their own. Luckily, adaptogenic mushrooms can be taken as capsules or can be purchased in powder form and blended into smoothies or other beverages. Their earthy flavor can be complemented with hot chocolate, coffee, or even stronger flavors like chai. Add your favorite plant-based milk to round out the flavors, and enjoy!