What contaminants are lurking in your water? 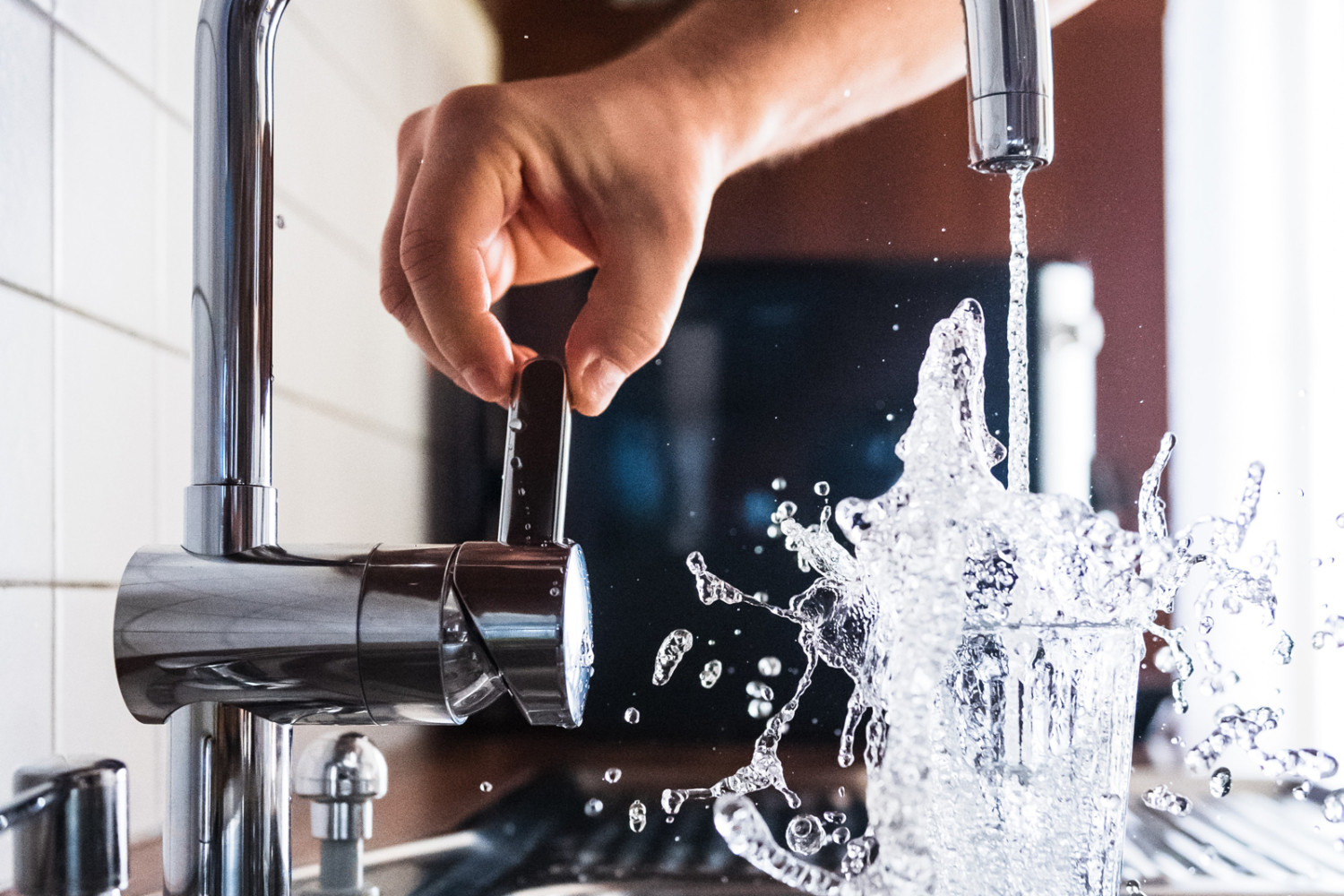 “Is my water safe to drink?” –this is something we all wonder on occasion. We like to think our water is clean and free of contaminants, but what exactly is in tap water?

Sometimes we can taste the heavy metals in our tap water, a strong chlorine smell, or even feel the dirt and silt as we’re gargling the water down. Sometimes we don’t taste, smell or feel anything in the tap water, but this doesn’t always mean it’s safe to drink.

Contaminants or waterborne pollutants aren’t always detectable by our human senses, so waterborne illnesses sometimes are attributed to other external factors instead of the water source. The United States Environmental Protection Agency (EPA) notes that water sources near agricultural or industrial plants may contain pollutants from these facilities like pesticides, fertilizers, lead, or other chemicals. Furthermore, the Centers for Disease Control and Prevention (CDC) identifies potential health risks from contaminated water—such as increased cancer risk, reproductive issues, and impair organ function, to name a few.

In an article by the New York Times, scientists like Dr. Griffiths, the former chairman of the EPA’s Drinking Water Committee noted that there are thousands of chemicals, viruses and microbes that the EPA has not even begun to assess, which leaves a big question mark on whether or not our water is safe. There is a slew of contaminants that can be harmful to your health. Constantly ingesting these contaminants can lead to chronic illnesses, cancer, and other health issues. To better understand what’s in our water, let’s start with the most common contaminants in tap water.

Lead can contaminate water through lead service lines that connect the home to main water lines, or from other plumbing systems soldered with lead. Some drinking water fountains, lab faucets, sinks, hoses, and spigots are connected to lead-lined water tanks. Aging pipes and corrosion of household plumbing systems can lead to lead pollution in water. The CDC notes that lead is a toxic metal and can be harmful to human health even at low levels so the maximum contaminant level is set to zero. Despite this, some water goes unregulated; this is evident in the case of the water crisis in Flint, Michigan.

For those of you who don’t know, the residents of Flint have been served lead-polluted water for several years now. In fact, the National Resources Defense Council (NRDC) points out that “nearly 9,000 children were supplied lead-contaminated water for 18 months”—a severe detriment to the health of those children and many other residents of the area. Make no mistake—Flint is just one case where lead poisoning is widespread. Many cities across the country are faced with varying levels of lead in their water.

Water treatment facilities add chlorine as an antimicrobial agent. Chlorine deters the growth and presence of bio-contaminants like bacteria, viruses, and mold. Failure for municipalities to regulate sufficient amounts of chlorine in water mains can lead to waterborne illnesses and bacterial contamination. Flint faced a similar issue where levels of fecal coliform bacteria were discovered in city water. Adding more chlorine, however, is not the be-all-end-all. Chlorination of water can elevate levels of total trihalomethanes (TTHM), by-products of chlorination known to cause cancer. In a 2008 study, scientists determined that the presence of chlorinated disinfection by-products in drinking water was an issue of public health, posing health risks such as cancer in males and adverse developmental effect on infants.

Fluorides are compounds of the element fluorine with another substance. They can naturally occur in the ground, air, water and even plant and animal sources. Fluoridation of water began in the US in 1945 when scientists noticed that people living in areas with high fluoride levels had fewer cavities. That should be a good thing, right? Natural drinking water sources in the US also have fluoride in them, but some areas contain more fluoride than others. In fact, long-term exposure to high levels of fluoride can result in a condition known as skeletal fluorosis–fluoride build-up in the bones. Fluoride tends to collect in parts of the body with high levels of calcium resulting in joint stiffness, pain, and this brittleness can cause weak bones and fractures in older adults.

Mercury is a toxic element that can be found in waterways near refineries, factories, landfills, and cropland. High levels of mercury exposure can lead to kidney damage, brain damage, and damage to a developing fetus. Other health effects include effects on brain function, vision, hearing, or memory issues.

Cadmium naturally occurs in zinc, lead and copper ores, in coal and other fossil fuels, and in shales released during volcanic activity, which come in contact with water sources. However, cadmium can release into the water during the corrosions of galvanized pipes, discharged from metal refineries, and be a result of runoff from waste batteries and paints. When consumed long-term, it can cause kidney, liver, bone, and even blood damage.

Your body needs copper to stay healthy, but too much is harmful to your health. High levels of copper in your drinking water can not only leave an unfavorable metallic taste, but it can also cause nausea, vomiting, diarrhea, gastrointestinal issues, and headaches.

Zinc is an essential nutrient for the body—of course in the right volumes. However, ingesting zinc in high levels of zinc can cause stomach cramps, nausea and vomiting. You might experience the taste in tap water (it’s chalky in appearance). Contamination usually occurs from hazardous waste sites.

Benzene is released into water from atmospheric deposition, petrol spills and other petroleum products, and chemical plant effluents. Based on a study by the WHO, benzene has been detected in 50-60% of potable water samples from 30 treatment facilities across Canada. It can also be formed naturally through volcanoes and forest fires and is a natural part of cigarette smoke, crude oil, and gasoline. Benzene is also used as a solvent in dry cleaning, paints, printing, etc. Benzene enters water as discharge from industrial factories or leaching from landfills and gas storage tanks. Repeated exposure at low levels of benzene produces toxic levels in the blood and blood-forming tissues.

Sources of asbestos contamination in drinking water include the dissolution of asbestos-containing minerals and ores, industrial effluents, atmospheric pollution, and A/C pipes in water distribution systems. This substance was used in cement pipes to distribute water across the US. As the water pipes decay, the substance is released into the water. According to a water sanitation study by the WHO, most of the US population consumes drinking water containing asbestos below 1 MFL, and suggests that most raw and treated waters in the United Kingdom contain asbestos up to 1 MFL. Asbestos is a known carcinogenic contaminant and may lead to cancer in humans.

VOCs, also known as Volatile Organic Compounds include a slew of chemicals. Organic chemicals are widely used in various industries and products like paints, varnishes, wax, disinfecting, and even cosmetic products. Since there is such a wide variety of pollutants, health risks also vary greatly depending on levels of exposure and length of time exposed. Some effects include eye, nose and throat irritation, headaches, loss of coordination, nausea, liver, and kidney damage.

Radon is a known cancer-causing substance found in water from wells. Approximately half of the drinking water in the US comes from groundwater that is tapped by wells. The water moves through the soil and natural uranium releases radon to the water. As a result, water from wells usually contain more radon than surface water (lakes and streams).

Bio-contaminants include microorganisms such as bacteria, viruses, and mold. These contaminants can develop organically in water (they LOVE water). Moist areas become the perfect breeding ground for bio-contaminants, which can lead to illnesses and other waterborne diseases. Without antimicrobial agents like chlorine, water is left vulnerable to bio-contamination, which is why the treatment of water with chlorine is so widespread in certain areas.

Bio-contamination perhaps proposes a more serious risk for most of the world. In an article by the Guardian, Microbiologist Joan Rose experienced first-hand the tragedies that can come from bio-contamination in water. In Walkerton, Canada’s worst-ever water pollution incidents, two pathogens entered into the water supply and many of the small town’s residents fell ill and some even died. This was caused by runoff from local agriculture. Incidents like this stem from overall pollution and increased waste around the world. Most waste goes into water, which introduces different waterborne diseases, viruses, and pathogens which are making people sick at alarming rates.

The EPA lists pharmaceuticals as potentially risky contaminants in water. Prescription drugs and over-the-counter medications get into lakes, rivers, and streams, whether they are flushed down the toilet or down sink drains. A Harvard Health Letter indicates that water quality experts and environmental advocates are becoming increasingly concerned with the effects of this on human health. Compounds such as estrogen have been linked to sexual changes in fish. The potential health risk for humans of pharmaceutical remnants in water is currently unknown and being monitored as a public health matter.

In the U.S., water safety standards are currently based on decades-old studies. Despite all these efforts to regulate levels of contaminants, 27 million Americans are served by water systems violating health standards established by the Safe Drinking Water Act.

Additional contaminants that emerge from the water mains and pipes in aging homes are never reported in municipal water quality reports. As a result, 19 million people become ill each year due to contaminated water. In fact, a 2012-2014 study found that nearly 21,000 municipalities across the U.S. issued Boil Water Advisories (BWA) for microbial contamination. On a global scale, over 3 million people in the United States, United Kingdom, Netherlands, and  Canada have received BWAs.

These issues contribute to an environmental crisis