How clean is Berlin tap water? 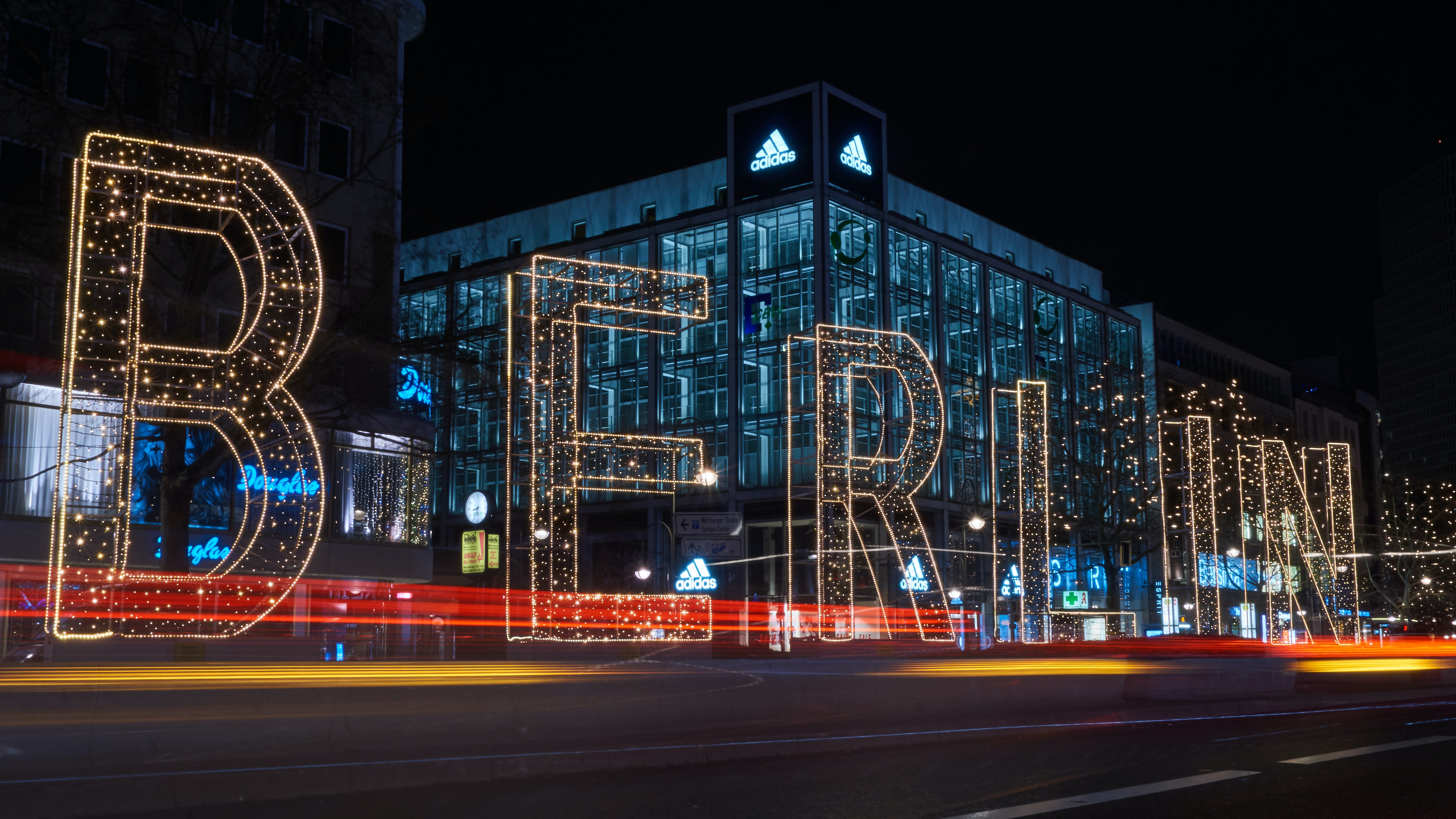 Berlin takes the safety of its drinking water very seriously. In fact, tap water is considered the “best-monitored foodstuff” in Germany!

But still, even the most highly regulated drinking water can come with its own unique share of potential health hazards. Here’s everything you need to know about Berlin tap water before taking a sip.

In the past few decades, Germany has taken impressive and significant strides towards ensuring a safer water supply. But while the safety and quality standards set by the German Drinking Water Ordinance is extremely strict, even going so far as to ban the use of common water-purifying chemicals, which begs the question of how the water is protected from bio-contamination. In addition, structural and environmental factors still remain that can compromise the final drinking water product that reaches your Berlin tap. In particular, the German water supply remains subject to pollution from nearby industrial and agricultural processes, and from contamination by discarded pharmaceuticals including POPs, PFOS, heavy metals, and even mercury—to name a few. For added safety, a water filtration pitcher with UV-C should be used at the consumer level.

How is Berlin’s tap water cleaned and monitored?

When it comes to water testing and quality assurance, Germany is definitely at the top of its game compared to some other European standards.

Most of Berlin’s tap water comes from natural underground aquifers in the region, which means that it has been filtered naturally by sand and soil as it seeps into the groundwater from nearby lakes, rivers, and other surface water sources. The additional cleaning and purification processes the water goes through are conducted by the water company Berliner Wasserbetriebe (BWB) to ensure that the water adheres to Germany’s strict water standards before making it to your tap. This entity measures water quality at specific monitoring wells, a step before the end consumer.

And strict those testing standards are: the German Trinkwasserverordnung (Drinking Water Ordinance) is one of the strictest sets of laws in the country, making the tap water more closely monitored than any other food product. In fact, the guidelines for tap water are so stringent that Germany doesn’t even allow for common chemicals like chlorine or fluoride to treat the water. Some of you may know that chemicals like chlorine are used in tap water systems to prevent bacteria growth.

So Berlin’s tap water is pretty high-quality and is safe to drink based on Germany’s own strict standards. But even though the tap water is as clean as the strict Drinking Water Ordinance demands when it is monitored and tested, the tap water in Berlin still isn’t one hundred percent perfect.

One of the major issues lies in the water recycling process. Like most countries, the wastewater from your toilet, bathwater, cleaning water, kitchen, and more are cleaned and reintroduced back into the water supply. The BWB says that the cleaning that the wastewater goes through removes up to 97% of undissolved, biologically degradable, and dissolved pollutants (including nitrogen and phosphorous), making it “as good as clean.” But pollution from nearby industrial plants, agricultural operations, and even wastewater management can lead to contaminated water being reintroduced to the water cycle, according to an industrial pollution profile by the European Environment Agency published in 2020.

Then, after the water leaves the treatment facility to make it adhere to drinking water standards, it still has a long way to go to get to your tap. This leaves it susceptible to potential contamination along the way, so it’s still a smart idea to run it through a water filtering system prior to drinking.

Contaminants and pollutants in Berlin water

Lead contamination is always a potential concern in older cities since the metal was a common building material for water pipes prior to the second half of the 20th century. As water passes through pipes made of lead, the metal can potentially corrode and leach into the drinking supply. Unfortunately, this is considered a serious health concern, especially for young children: your body can’t get rid of lead, so it can accumulate and, under high levels, has been linked to issues like developmental delays, lowered IQs, and behavioral problems.

Berlin stopped using lead to build water pipes in 1973. Lead levels are also very strictly monitored, with a limit of 10 micrograms per liter as ordered by the Drinking Water Ordinance. Still, checking for lead pipes is a responsibility of homeowners and building owners, and even the BWB concedes that lead pipes might still be an issue in some residences in the city.

It’s an especially pertinent issue on the western side of Berlin. In East Berlin, lead is a relative nonissue since many of the buildings were destroyed during World War II and then rebuilt with safer lead-free pipes later. However, there are an estimated 5,000-7,000 unrenovated buildings in West Berlin that may still have lead pipes.

It’s also interesting to note that lead is still present in Germany’s water supply before treatment. A 2016-2018 survey published by the Umwelt Bundesamt found that a small amount of dissolved lead in concentrations that exceed environmental quality standards was found in a number of water monitoring sites throughout Germany. What’s worse, other metals like copper, nickel, and zinc also exceeded those standards.

Finally, mercury is another concerning heavy metal that could be present in German water. While levels of this toxic metal have definitely declined in Germany over the past couple of decades, there are still significant mercury deposits in main waterways like the Saale and the Elbe rivers.

Nitrates are a common chemical found in agricultural processes, like in manure-based fertilizer for plants and crops. Excessive nitrates can seep into the local waterways and eventually make its way into the groundwater supply, which can present health issues especially for women and children upon ingestion.

Unfortunately, German water supplies have historically had issues with keeping their nitrate levels in the water to an acceptable level, even to the point where the European Commission has actually sued the country. What’s worse, there hasn’t been too much improvement over the years. A 2020 report by Germany’s Federal Environment Agency found that, out of their many monitoring sites, 33.7% saw water with >25 mg/L, while 15.9% saw water with >50 mg/L, the limit for both the German Drinking Water Ordinance and the World Health Organization’s water standards. In Berlin, the BWB’s monitoring and treatment only ensures that nitrate levels in the water adhere to the Drinking Water Ordinance’s requirement for less than 50 mg/L. But this is still more than what some other regulatory bodies consider safe – for example, the United States’ EPA considers 10 mg/L their nitrate limit.

There is also a wide range of organic pollutants that have been found in German water as a result of industrial and agricultural processes, which are widely referred to as Persistent Organic Pollutants (POPs). Of particular concern are Perfluorooctanesulfonic acid (PFOS) and heptachlor/heptachlor epoxides. PFOS are synthetic chemicals that can break down in the environment and build up in humans, and they have been linked to several significant human health risks including neurotoxicity, reproductive harm, liver issues, cardiovascular issues, and more. Heptachlor and heptachlor epoxides come from insecticides and have been linked to liver and central nervous system damage under instances of prolonged exposure. Unfortunately, surveys published by the Federal Environment Agency have found that both pollutants have been found in standards that exceed environmental quality standards. These numbers do not necessarily reflect the amount of PFOS and heptachlor/heptachlor epoxide that would be found in Berlin tap water, but it’s an interesting issue to keep in mind.

Drugs can also end up in the water supply, and these “invisible” particles are much harder to detect and filter out than other common contaminants that are eliminated during the water purification process.

Small amounts of trace substances like pharmaceuticals (antibiotics, lipid-lowering drugs, et cetera) have sometimes been detected in Berlin’s water supply. More recently, Berliners have found traces of cocaine in the wastewater since the start of the Coronavirus pandemic.

So how does this happen? Remember, the BWB treats and purifies wastewater, where it’s then reintroduced to nearby bodies of water and eventually makes its way to the groundwater, where the cycle continues. Unfortunately, the risk of contaminated wastewater can pose some questions about the quality of the tap water that you are drinking.

While the amounts of substances found in the water supply are generally very small and not likely to pose an immediate health risk, there isn’t enough evidence as of now to determine the long-term effects of constant exposure to these medicines in the tap water supply. The BWB itself has even urged Berlin residents to properly dispose of their medications to help curb this risk of medicinal contamination.

Berlin tap water is more highly regulated and monitored than any other food product in the country, and is therefore considered “safe to drink” by all of Germany’s water regulation standards. Regardless of Germany’s strict standards, Berlin drinking water has been found to exceed the recommended levels for heavy metals, lead, POP, nitrate, PFOS, and other contaminants. Oftentimes, utilities only test quality on a periodic basis and do not consider the age and condition of the pipes and ducts from the utility to the household.  Interestingly enough, Germany does not add chemicals in their water treatment process. However, chemicals like chlorine are harmless in low amounts and prevent bacteria growth from end to end. Thus, we would be concerned with bio-contamination due to the lack of protection against it. The Berliner Wasserbetriebe doesn’t state how or if it prevents bio-contamination, but we would highly suggest a UV-C purifying system for added protection at the tap.

This may be part of the reason that Berliners are keen on using bottled mineral water instead of their tap. In fact, a 2019 Statista survey found that Germany was second only to Italy for plastic bottled water consumption in the European Union! The resulting plastic pollution from single-use plastic bottles is a massive environmental issue that can introduce microplastics into the wastewater, complicating the water quality issue even further for the generations ahead.

So what can you do?

The best way to get access to fresh, clean water that’s safe to drink but still environmentally friendly is to run tap water through a comprehensive water filtering system first to ensure that particulates and contaminants are filtered out before using it to quench your thirst.

Only a few select home filtering systems have been rated for efficacy in removing contaminants like lead specifically, which is a toxic contaminant that can accumulate in the body and there is no way to remove it.