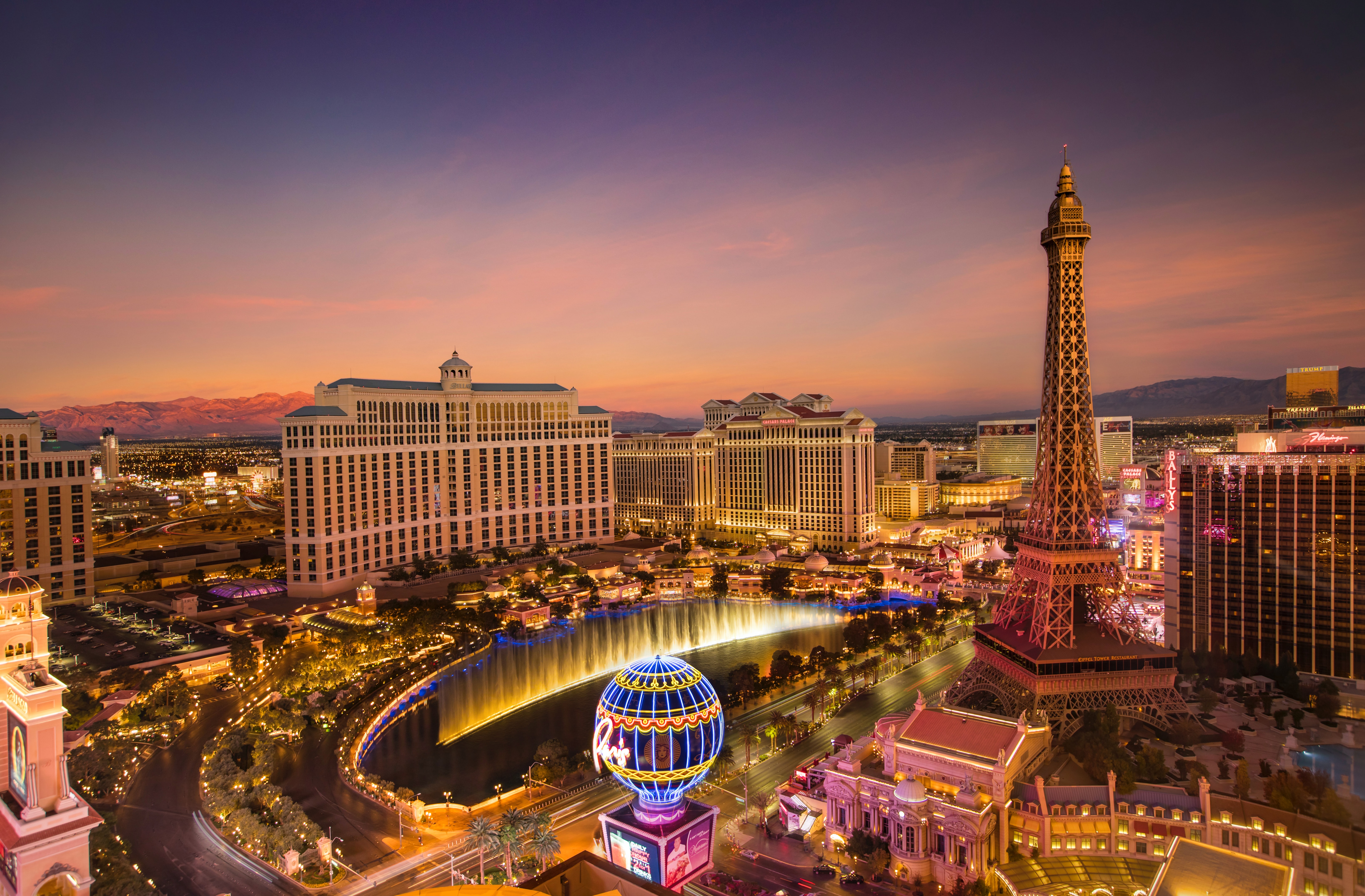 The infamous city of Las Vegas, also fondly known as the “City Of Sin,” is home to more than 650,000 residents and entertains millions more visitors every year. It’s also located in the middle of the desert, which means that getting enough water for everyone in the city is critical.

But how safe is the tap water in Las Vegas, really? We’ve researched the water quality in the Vegas area to determine just how safe it really is.

Where does Vegas tap water come from?

Las Vegas is in the middle of the desert, which means that the majority of its water supply comes from further away. To be more specific, the vast majority (about 90%!) of the tap water you get out of your Vegas tap is sourced from Lake Mead, the reservoir formed by the Hoover Dam on the Colorado River, and travels all the way from the Rocky Mountains. The remaining 10% of Vegas tap water comes from the valley’s own groundwater. Interestingly, during the summer months when temperatures are high and water demand rises, up to 25% of the water used in the valley is sourced from groundwater.

From there, the tap water is tested and treated by the Las Vegas Valley Water District to ensure that the water achieves all quality standards set by both the federal and local governments.

So why are there still warnings for some vulnerable populations and pregnant women to avoid drinking straight from the tap?

One of the first water quality issues in the Las Vegas tap water we found was the excessive contamination by disinfection byproducts.

Chemicals like chlorine are added to treat tap water and protect it from contamination as it makes the journey from the treatment facility to your pipes. But unfortunately, these chemicals can sometimes interact with organic compounds along the way and form disinfection byproducts.

Some of these byproducts and other contaminants are monitored by water distribution companies. But some, like the Environmental Working Group (EWG), find that there’s a gap between our current legal standards and more recent research in regard to how these chemicals and contaminants found in tap water can affect your health. Some contaminants and disinfection byproducts don’t have any legal limits at all!

According to the EWG, potentially problematic contaminants found in high concentrations in Vegas’ tap water include:

How to interpret this data: the EWG found that these chemicals were present in the Vegas tap water at much higher concentrations than they believe are safe to consume. However, the legal allowances for these chemicals are much higher, or nonexistent to begin with, which means that their presence does not violate any legal water standards.

Toxic lead metal is another major problem in tap water throughout the world, having been linked to serious health concerns like neurotoxicity and is especially dangerous for children.

It’s no different in Las Vegas: according to the most recent water quality report, lead is present in an average of about 3.9 parts per billion (ppb) in the Las Vegas Valley Water District Distribution system, possibly due to plumbing corrosion as well as the erosion of natural deposits found in the water.

Technically, 15 ppb is the actionable level of lead that would alert authorities to do something about lead exposure in water. However, as has been evidenced by health organizations like the World Health Organization, the Environmental Protection Agency, and the Centers for Disease Control and Prevention, there is no known safe level of lead exposure.

According to the Nevada Division of Environmental Protection, three small water systems in the region are actually currently exceeding the Action Level for lead contamination. In addition, they warn that older homes and buildings built prior to World War 2 may still be connected to lead service lines. Luckily, though, many areas of Vegas are newer and therefore are less likely to have issues with lead service lines than other cities with older infrastructure.

Because the majority of Vegas’s tap water travels along the Colorado River, it picks up several minerals like calcium and magnesium along the way. In fact, it’s the second hardest water in America and is classified as “very hard.” While this may not present a huge health issue for the majority of people, it can definitely make your water unappetizing.

Many Vegas residents and visitors also complain about the chlorinated taste in Vegas tap water. As is true in many cities and countries, chlorine is added to kill contaminants, but the taste leaves something to be desired.

So, is it safe to drink tap water in Las Vegas?

Legally, it’s safe to drink your Las Vegas water straight out of the tap since it has to meet several water quality standards before it reaches your glass, however, the EWG and WHO emphasizes that there are no safe levels of lead. For this reason, and in addition to the water hardness in Las Vegas tap water, it is recommended to filter first before drinking—especially for small children where lead can accumulate and affect them for their entire lives.

The best water filters for Vegas tap water include: