Is the water in Lisbon, Portugal safe to drink? 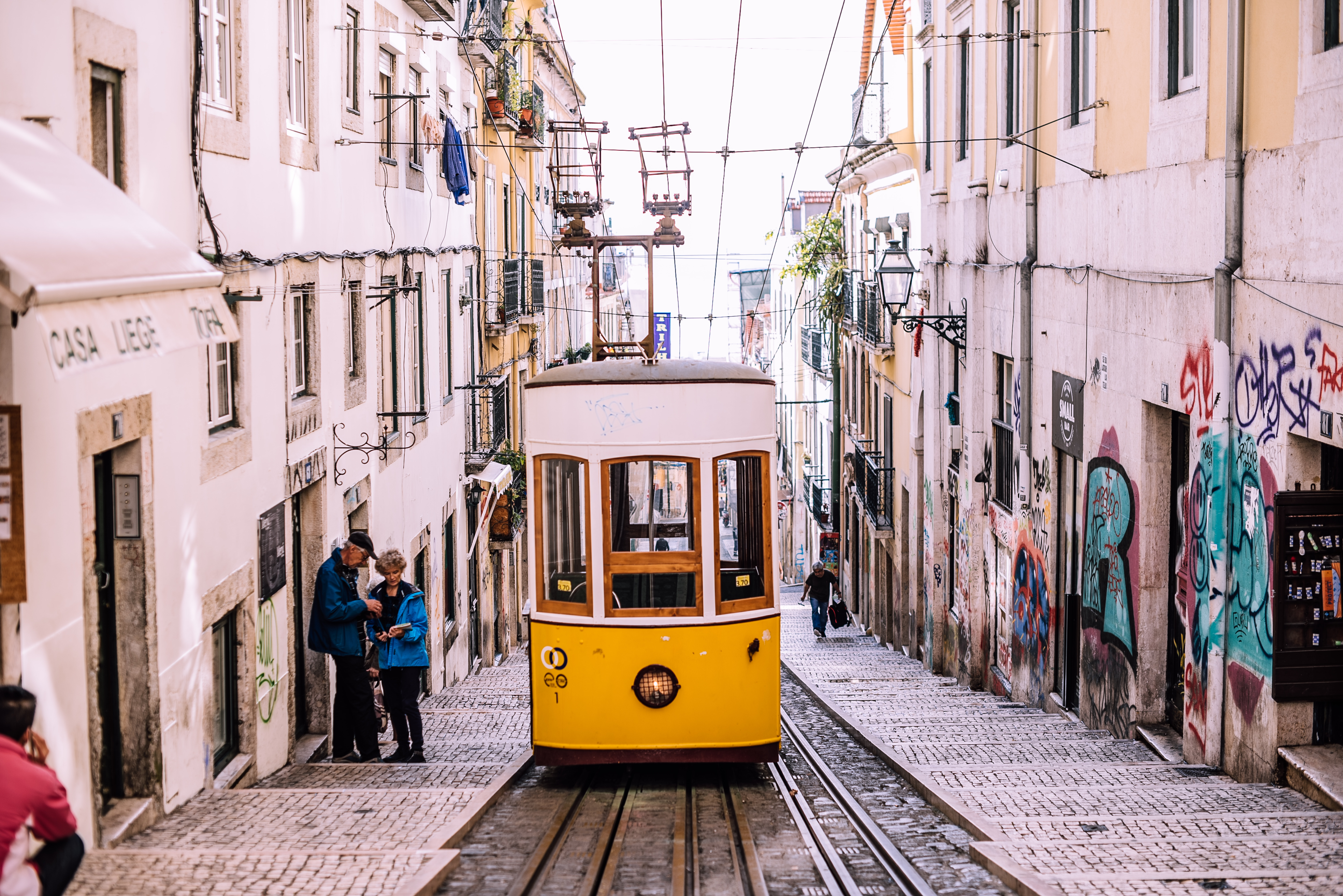 Portugal’s capital city, Lisbon, is a stunning coastal town and popular seaside destination for tourists from around the world. If you visit this gorgeous and historic city, you’ll be treated to fabulous old-world architecture, see breathtaking views from the tops of hilly terrains, hear the mournful, lilting sounds of signature fado music … and, if you’re paying attention, you’ll probably also see plenty of plastic water bottles being carried around.

So what’s the deal with Lisbon’s tap water – is it actually safe to drink? And if it is, why do so many Lisbon locals use plastic water bottles instead?

Even though it’s such an old and world-renowned country, Portugal has a pretty poor history when it comes to its water quality especially compared to some other nearby European countries. The water source also became contaminated during World Wars 1 and 2, which led to the water being largely undrinkable, and the drinking water quality remained so throughout the majority of the 20th century.

Luckily, this began to change with the creation of the Águas de Portugal (AdP) in 1993, which sought to improve the water supply and wastewater sanitation systems in the country. Lisbon residents get their water from a mixture of both surface and groundwater sources from nearby rivers and aqueducts. The water is then cleaned and distributed by the water company Empresa Portuguesa das Águas Livres, (EPAL), a subsidiary of the AdP.

Like other nations in the European Union, Portugal’s tap water is held to standards set by the EU’s Drinking Water Directive which was revised in 2020. So in order for the water to reach your tap, it goes through stringent oversight to ensure that it meets those quality points. With these positive changes have also come several campaigns to encourage locals to drink the water from their tap rather than from water bottles.

So why is it that many Lisbon locals still prefer their water from a single-use plastic bottle? This may come down to remaining tap water quality issues.

Portugal is certainly making strides when it comes to its tap water quality, but it isn’t the best and is ultimately still a work in progress. As of 2021, 98.99% of Portugal’s tap water is considered safe to drink.

The biggest red flags on Lisbon’s tap water quality have tended to come from the European Union itself. As we’ve already touched on, Portugal is part of the EU and therefore is held to the same drinking water quality standards as the rest of its European neighbors. Unfortunately, It has sometimes fallen short.

For example, in 2007, the European Commission sent a warning to Portugal over their failure to comply with a series of drinking water parameters laid down by the EU Directive including iron, manganese, total coliforms, fecal coliforms, fecal streptococci, and clostridium. Shockingly, almost 50% of the water supply zones did not comply with its quality standards for total coliforms, a bacteria that is sometimes linked to waterborne illness.

Most recently, the European Commission sent a formal notice to Portugal in late 2021 for failing to comply with the requirement of the Euratom Drinking Water directive to define precise sampling frequencies of radioactive substances in water intended for human consumption.

As a bustling seaside town, it probably comes as no surprise that the waterways surrounding Portugal are prone to pollution. Unfortunately, this can put water quality under question, especially when it comes to the burgeoning microplastics issue.

But before you reach for a plastic water bottle to avoid ingesting microplastics: Portugal is actually one of the worst countries at recycling, recycling only about 28% of its urban refuse as compared to the European average of 46%.  What’s worse, many water brands (including some sold in Portugal like Evian, Nestle, and San Pellegrino) were found to contain microplastics as well.

Lisbon is one of Europe’s oldest cities. So, as is true with most old cities, it’s well worth filtering your water to give yourself the best protection against potential lead contamination.

Lead was commonly used to build water distribution pipes until the latter half of the 20th century when it became clear that lead exposure was linked to various serious health consequences including reproductive harm and neurotoxicity in children. Even though the practice of using lead was then discontinued, some issues still remained in the infrastructure.

For example, an analysis conducted by the Portuguese Environment Agency took several water quality tests at various points in the River Tagus and found high levels of lead that exceeded limits, as well as high levels of other pollutants like phosphorus and cadmium. What’s worse: in 2016, EPAL released an informational document that acknowledged that old buildings built prior to 1970 may still be serviced by lead pipes, though they are making an effort to replace them.

Finally, Lisbon’s tap water taste definitely leaves something to be desired for many consumers, which is likely a major reason that so many locals prefer to use water bottles for hydration instead. The city’s water is moderately hard, which means that it contains several minerals that can alter the taste. In addition, tap water is also treated with chlorine, a chemical that kills bacteria but leaves an aftertaste that may be unpleasant to some.

While this isn’t a water quality issue in and of itself, it’s certainly another good reason to filter your water before drinking it.

The solution: filter your Lisbon tap water before you drink!

Lisbon lags behind many cities when it comes to its tap water quality — and even in the countries with the best natural sources of water, issues with infrastructure and pollution can remain. So to get complete peace of mind every time you drink or use your water for cooking, make sure to run it through a filter that can eliminate some of the most common water quality contaminants like heavy metals, PFAS/PFOA, particulates, chlorine, and more.