This is how much plastic you're eating per week 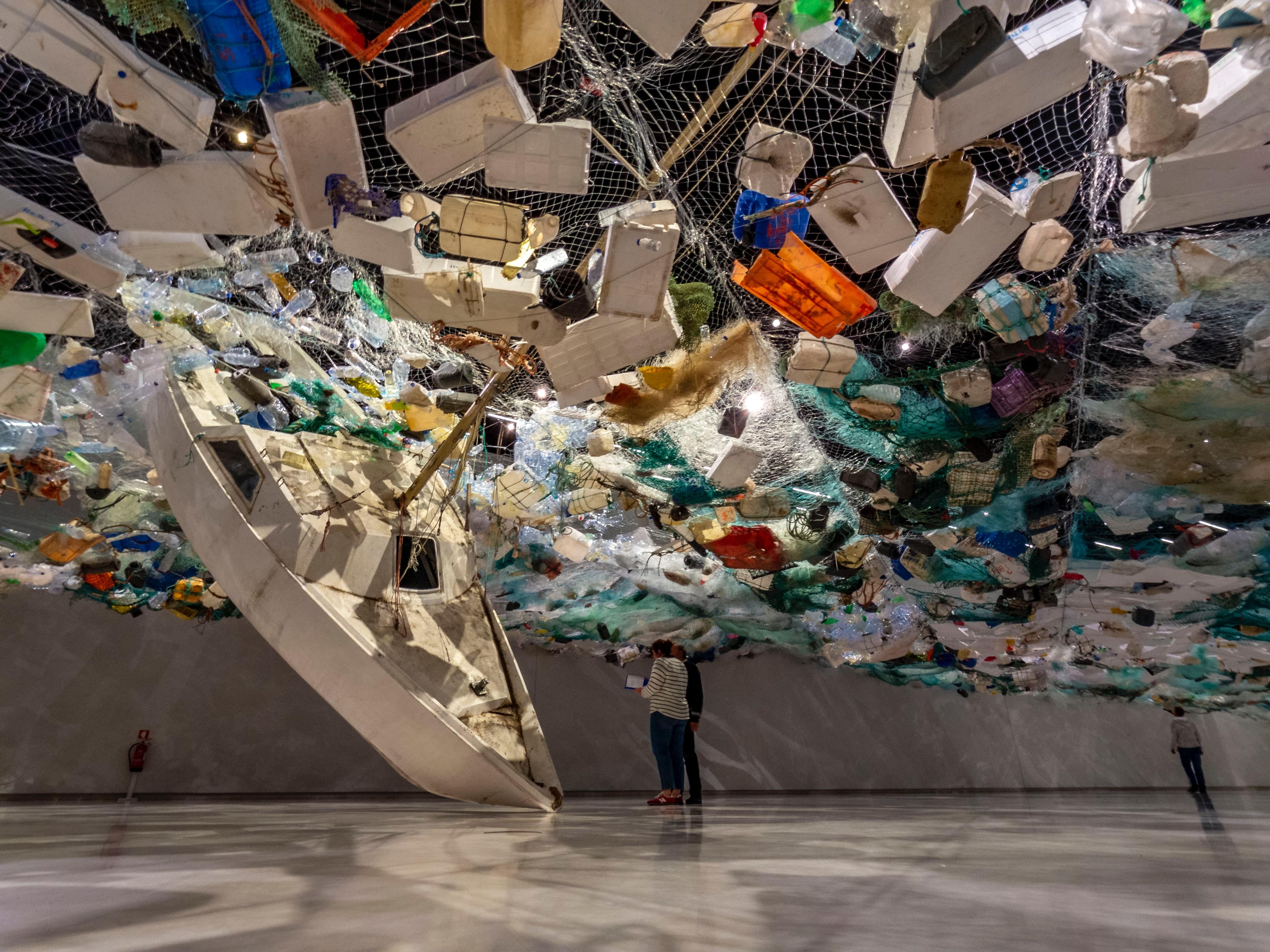 A 2019 study commissioned by the WWF and performed by the University of Newcastle, Australia revealed that people could be consuming approximately 2000 tiny pieces of plastic per week–which equates to about a credit card’s worth of plastic! That also equates to about 70,000 pieces a year or 100 pieces per meal–scary, right?

A study from December 2021 revealed microplastics in the placentas of unborn babies, which the researchers said was “a matter of great concern”. In October, scientists showed that babies fed formula milk in plastic bottles were swallowing millions of particles a day. More work needs to be done when it comes to finding out how much microplastics it would take to cause diseases or other serious health risks, but what we can do now is to avoid them as much as we can.

These tiny pieces of plastic are known as “microplastics” which are defined as broken down plastic no larger than five millimeters. Your next question might be, “how is anyone consuming this much plastic?”. Plastics are often manufactured using Bisphenol-A (BPA) or phthalates and other harmful compounds. BPAs and Phthalates, similar to PFAS, are used in the manufacturing of common goods for flexibility and resilience. Hence, why they are abundant. BPA has been linked to metabolic conditions like type 2 diabetes and cardiovascular disease.

Where are microplastics found?

Aside from the infamous “island of trash” located in the Pacific Ocean, there are many parts of the ocean where trash accumulates and interferes with marine life. According to a 2016 study by the World Economic Forum, 8 million metric tons of plastic enter the ocean every year. The microplastics degrade and release toxins into the ocean and are ingested by marine life.

Just how bad is the microplastics issue?

About 10 million tons of plastics waste the ocean each year and mainly enter the ocean from waterways, beaches, and fishing boats. You may have heard of the Great Pacific Garbage Patch (GPGP) which consists of plastic debris that has collected in a section of the pacific ocean, but have you any idea how much debris we’re talkin’? It’s actually about 1.6 million square kilometers, which is twice the size of Texas or three times the size of France, or the weight of 500 jumbo jets. This is just the tip of the iceberg. 99% of plastic waste is unaccounted for; trace microplastics have been found on the seafloor all over the world and in garbage patches like the GPGP oceanwide.

Truth is, we’ll need to spend years trying to reverse the plastic pollution issue. Many plastics found in the ocean were found to be decades old.  In fact, the Ocean Cleanup discovered this crate in the GPGP that was produced in 1977.

How do microplastics end up in the ocean?

Plastic waste is likely to end up in the ocean the second it is used from your disposable fork or your plastic colander to even your snack wrapper. Plastic waste can be improperly disposed of and if it doesn’t end up in the soil, it most likely flows through urban runoff to rivers that lead to the beach or ocean. These articles of plastic will get moved by shelf currents and carried on by turbidity currents which move them around the ocean, to put it simply.

In addition, the fishing industry deposits roughly 10% of the debris into the ocean—between 500,000 to 1 million tons of fishing gear are discarded or lost in the ocean each year. This plastic not only destroys the seafloor and sealife, which in turn, causes extreme environmental damage, but it also ends up breaking down and being eaten by fish, which we as humans eventually consume.

How do microplastics end up in our bodies?

For those of us who eat seafood, this has indications for the number of microplastics we’re consuming and in turn, the toxins we’re absorbing. In fact, microplastics can be found anywhere from your food to your bottled water, to beer, and even in the air. Plastics also leach toxic chemicals into food through packaging or contact with heat and trace amounts are found in beer bottles. It’s almost unavoidable at this point, posing unknown health risks to humans. Chemicals used to produce plastic such as phthalates and Bisphenol-A (BPA) are known toxins that could lead to certain diseases and cancers. Studies have shown that nursing or pregnant women should avoid exposure to plastics in the same way one should avoid alcohol and cigarettes due to the potential absorption of these chemicals by their offspring. This includes avoiding bottled water, food that’s packaged in plastic, takeout containers, fragrances (which usually contain phthalates), and using non-plastic food containers.

Why you should be ditching single-use plastic bottles in 2022

In a study by Nature Geoscience in 2017, data indicated that 79% of all the plastics produced by humans have ended up in nature or landfills. According to this study, most of the particles found in plastic water bottles were polypropylene–the type of plastic used to make bottled water caps. This finding suggests that the process of bottling water is contributing to most of the plastic waste in the world. In fact, plastic found in bottled water was twice the amount of plastic found in tap water or beer, which shows that although bottled water is marketed to be “cleaner” than tap water, it certainly is not the case. Americans buy 50 million plastic bottles of water annually. Globally, about 1 million single-use plastic bottles are purchased per minute. Considering this, it’s a worthwhile cause to reduce or eliminate bottled water from your daily life altogether and invest in a sustainable water bottle. And that is why we created the LARQ Bottle PureVis™–a sustainable water bottle that self-cleans and purifies water simultaneously using PureVis™ UV-C light, solving your most glaring issues with traditional reusable water bottles.

In addition to plastic bottles, any plastic waste that can be avoided should be avoided. The ocean and waterways are littered with plastic straws, takeout boxes, plastic grocery bags, and other plastics.

Most single-use plastics are not recyclable for a variety of reasons, whether it’s due to the chemical composition of the plastic or due to the lack of infrastructure to do so efficiently. Only a meager 9% of all plastic ever produced has actually been recycled. Recycling comes with its own complications such as mixed materials, contamination, or even issues with the recycling machinery itself due to improper recycling. Whatever the case may be, opting for no plastic is better than relying on recycling plants to take care of it. Opting to buy reusable or paper and compostable options wherever possible reduces plastic waste that would otherwise end up in our environment and avoids carbon dioxide emissions as well. In fact, one 500ml/16.9oz plastic bottle of water requires 828g of carbon dioxide to produce. The carbon footprint of that bottle of water goes even higher once factoring in carbon emissions from shipping — the farther away the bottle travels, the more carbon emissions it creates.

How to reduce your microplastic consumption

In this day and age, it’s difficult to avoid plastic altogether, but we can all make small changes like switching to a reusable water bottle and increasing awareness about the issue of plastic to pave the way for a better, more sustainable future.