Is tap water in Washington, DC safe to drink? 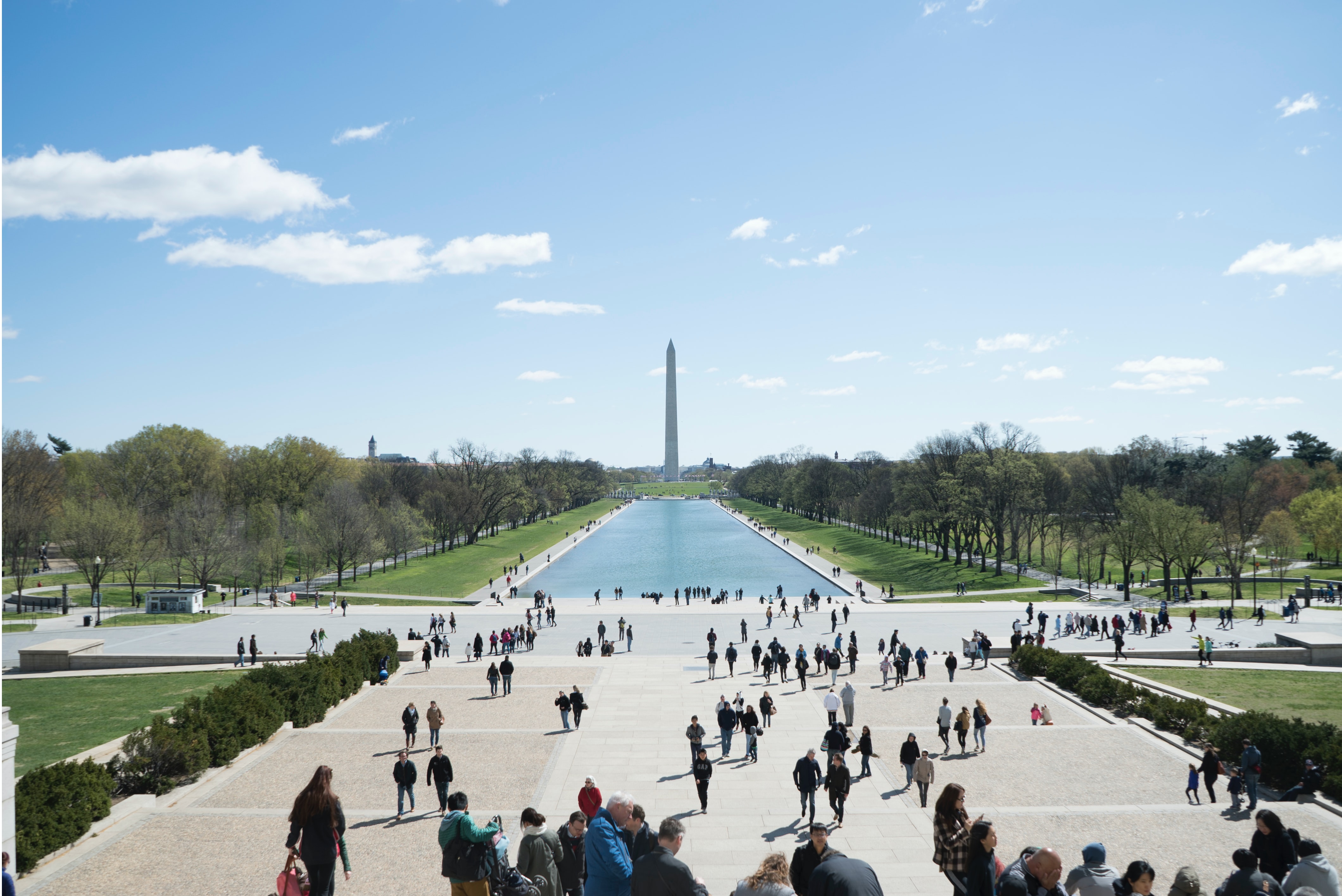 Is It Safe To Drink Tap Water In Washington, DC?

Founded in 1790, the nation’s capital Washington, DC has served as one of the most important cities in the United States almost since its very beginnings.

So you might think that one of the most crucial hubs of the United States would have some of the best tap water around. But in reality, there are some concerning issues with Washington, DC tap water that may surprise you. Here’s what we found out about the tap water in Washington, DC … plus how you can ensure that you’re drinking clean, safe water every time you need to hydrate or cook.

Washington, DC can legally claim that its tap water is safe to drink since it is thoroughly tested and monitored to ensure that it lines up with water safety standards set by the United States government.

However, a more in-depth look at water testing shows a slightly different story. The tap water in DC is actually less than stellar, especially when it comes to significant potential health issues like lead contamination. Ultimately, there are enough variables that can affect the quality of the water coming out of your tap that we highly recommend running your water through a water filter prior to consumption.

Where does the tap water in Washington, DC come from?

The drinking water in Washington, DC comes from the famed nearby Potomac River. The water is then treated by the Washington Aqueduct in a process that involves filtration, pH adjustment, and the addition of treatment chemicals like fluoride, chlorine, and chloramine to make the water safe to drink by federal standards. The water is then purchased by DC Water, which continues to test the water quality and distributes it to more than 700,000 District of Columbia residents.

An analysis of tap water quality in Washington, DC

In order to evaluate the quality of the tap water in Washington, DC, we’ve gathered information from the 2022 Water Quality Report by DC Water and compared it to standards set by the Environmental Protection Agency (EPA), which oversees and enforces the United States’ federal drinking water laws. We also compared this information to standards set by other independent bodies like the Environmental Working Group (EWG), which has stricter health-related standards than those set on a federal level.

Like many older cities, one of the first issues we can look at with DC tap water is the potential for lead contamination.

Lead is a toxic metal that has been linked to a variety of potential health concerns like reproductive health issues and neurological toxicity. It’s an especially pertinent issue for families with children since lead ingestion of any level can affect neurological development, and the Centers for Disease Control and the World Health Organization both agree that there is no safe level of lead for children.

The issue with lead largely comes from issues with lead service pipes that historically were used for plumbing. Like many cities around the United States and beyond, houses in DC that were built before the 1980s were generally built with lead metal service lines. Once it was discovered how toxic lead metal could be, it stopped being used as a pipe-building material, and main service lines from the water utility service were replaced with pipes made with different materials.

But many of those older houses can still have old and dangerous lead service pipes, which can then leach into the water supply as it passes into your home.

Unfortunately, DC does not have a great history in regard to lead contamination in the water supply. Before the infamous Flint, Michigan water crisis was revealed in 2014, DC had its own headline-grabbing lead contamination crisis in 2004. This forced the District to take quick action to change the way it treated its water.

But almost twenty years later, the issues still may not fully be resolved. And with metal as toxic as lead (which your body can never actually get rid of) this poses serious questions about the safety of the tap water for many DC residents.

As recently as 2020, an analysis of the water data by the LCR The Campaign for Lead-Free Water found that 84.5% of high-risk homes in DC that were sampled for lead showed detectable levels. The statistics were scary numbers as well – the highest sample in the second testing draw saw 105.8 parts per billion (or 105.8 µg/L). It’s important to note that while the EPA’s standard limit for lead is 15 µg/L, any level of lead contamination is harmful—especially to children under 6 years of age, since lead never really leaves the body and can remain harmful for life.

The good news: DC Water has launched an initiative called Lead Free DC, which aims to replace all lead service lines in the area by 2030. But in the meantime, some communities will still need to deal with the fallout of these ancient lead pipes.

A biological contaminant is a microscopic organism (think bacteria or viruses) that can potentially cause health issues when ingested. While water management companies including DC Water make every effort to eliminate these pathogenic microorganisms from the water supply, these measures are not always foolproof.

It’s an especially important issue for people who are immunocompromised (in other words, who are more vulnerable to health issues due to certain medical conditions or those who are very young or elderly). In its own 2022 Water Quality report, DC Water addressed that there were potential issues with the contaminants Giardia and Cryptosporidium that were found in samples of the water. They also cautioned immunocompromised residents to talk to their healthcare providers to determine whether the tap water was a safe option for their drinking water source.

In addition, other issues can also affect the ability of water companies to keep their tap water clean. For example, as recently as 2021, several neighborhoods in Washington D.C. were issued notice to boil their water before drinking or using it around the home as a result of a loss in pressure in the water distribution system. In fact, DC Water actually recommends point-of-use filters, which include pitcher-style filters that specifically have protection against microbial growth and must be certified to meet NSF Standard 53—the LARQ Pitcher PureVis accomplishes those recommendations and more.

Another major concern that is being found in tap water around the world is the presence of per- and polyfluoroalkyl substances, or PFAS for short. These “forever chemicals” are synthetic chemicals that are used to create a variety of products made for human use, like clothing and cookware. Unfortunately, these chemicals don’t seem to break down or degrade, and they can ultimately end up in our water supply as a result.

In DC, PFAS were found to be present in some military bases that get their water from the Washington Aqueduct.

What other contaminants are found in DC tap water?

When it comes to water quality, some groups believe that the federal government’s water standards are outdated, which can also mean that “legal” does not always reflect whether or not a contaminant is actually safe.

A great example of this is the water analysis done by the Environmental Working Group, or EWG. According to EWG, contaminants that have no legal limit but may still present health issues upon consumption that were found in DC’s water supply include:

Again, to be clear, the tested levels found in the DC water are legally acceptable. But the question still remains as to whether the presence of these chemicals and contaminants can have repercussions on health down the line.

The bottom line: Water quality in Washington, DC leaves something to be desired

The tap water in DC is highly regulated — even more so than necessary, according to DC Water. But no matter how closely monitored it is, issues still remain, especially in a city as old and storied as Washington, DC.

So how do you get safe drinking water in Washington DC? Filter first, then use UV-C technology to eradicate potential bio-contamination.

LARQ offers a couple of great options for filtering your tap water to remove some of the most pressing contaminants that come with health concerns, including Lead, HAA5, TTHMs, PFAS/PFOS, BPA, chlorine, and other heavy metals. Whether you choose an on-the-go option like the LARQ Bottle Filtered or the countertop LARQ Pitcher, you’ll be making the most out of your DC tap water and getting clean, worry-free hydration all day long. The LARQ Pitcher also offers PureVis™ technology that uses non-toxic UV-C to eradicate bio-contaminants like E.coli and Giardia, making it an essential for at-home or at-the-office hydration.